You might think the phrase Bad Ice Cream is an oxymoron, since everybody loves ice cream, which means it can’t be bad, right? Ice cream is not only an obviously delicious treat, but a gold mine for gaming. After all, there aren’t too many games about our favorite treat!

The key to playing Bad Ice Cream is guiding the ice cream, which is supposed to collect all the fruit contained in the level, consisting of several ice blocks. The main character can not only move with the curser, but break ice blocks as well. All you have to do is hit spacebar and you will see a variety of ice cubes appear (the first time) or break apart (on repeats). The faster you collect the fruit, the more points you earn. There is a timer at the bottom of the screen. Don’t worry if it reaches zero, as the game will continue, but you won’t receive bonus points. Later on in the game you won’t be giving a second thought to the timer.

At first glance, it seems very simple, but this level has a number of enemies that you will have to avoid. Each of them has their own powers and moves in a different way. You will need to understand these, come up with your own strategy, and complete your fruity mission. Use your own superpowers to destroy and generate ice blocks to block your enemies. But that’s not all!

The key feature, and possibly the best part of the game is that TWO PLAYERS can be included on the same computer. You can not only conquer each level together (two bad ice creams on the same level), but you can also compete with each other! Who can earn the most points? For access to the two-player option, go to the menu at the start. First you choose a single or double player game, then you choose your ice cream flavors (vanilla or strawberry). 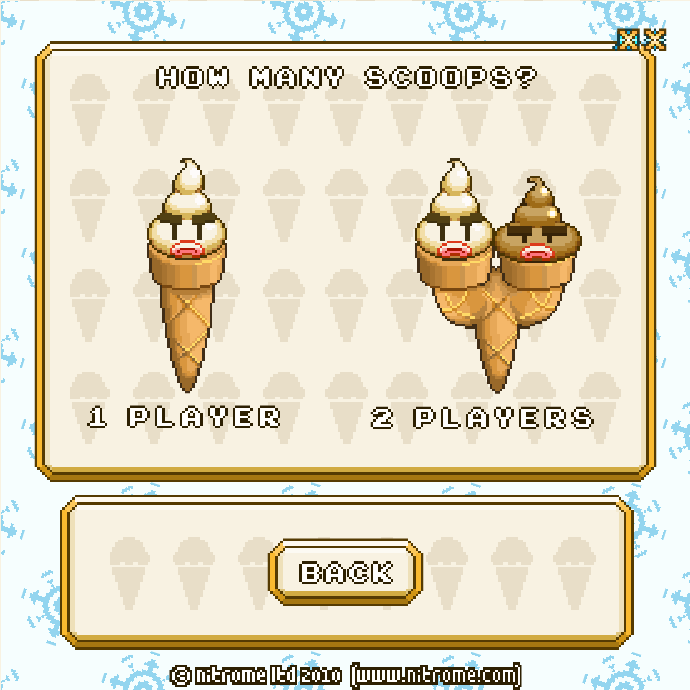 With each new level, your enemies grow faster, while some are even able to fly. Beating all 40 levels is extremely difficult, and may take more than 1000000000000 tries. But if you are able to complete it without cheats, then waste no time, and move on to the next to the multiplayer game.

I don’t know why the makers called the game Bad Ice Cream. Just the idea that ice cream could be bad or anything but delicious makes me narrow my eyebrows in a glare.